This website requires Javascript to function properly.
If you are using a screen reader or other auxiliary aid and are having problems using this website, please send us a message through our Contact Us form or call 866-632-6819.

As we continue to navigate these uncertain times, please visit our hours of operation regularly
for branch updates, as things can change unexpectedly.

A credit union is a member-owned, not-for-profit financial institution that provides members with a place to save money, get reasonable rates on loans, and receive a level of service not available at other financial institutions. They serve groups with a common feature, such as employee groups, geographical communities, or religious backgrounds.

Credit Unions operate under the philosophy, "not for profit, not for charity, but for service," and cooperate with each other instead of competing. Through this collaborative spirit, credit unions can serve their members most effectively and strengthen the movement by working together through local, state, regional, national, and international structures. It is under this principle that the concept of shared branching was born.

Plus, credit unions are democratically controlled. Members meet once a year to elect a volunteer board of directors from the membership to oversee the credit union's operations.

SCCU has made moving your accounts convenient with our Switch Kit. Here are all the letters and forms you will need to make this transition as easy as possible.
Click here for a Switch Kit 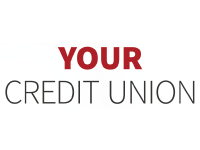